The Power of Earthworms

Rakusui has succeeded in acquiring an application patent for New SK Powder, dried powder made by Rakusui using heat treatment. In analysis of the skin-whitening effect of New SK Powder extraction liquid, its efficacy in blocking tyrosinase was confirmed.
The reaction in the human body that generates melanin, which gives the skin its pigmentation, includes a reaction in which tyrosinase changes dopa into dopaquinone. If this tyrosinase can be blocked, the reaction that generates melanin can be slowed down.
In joint industrial-academic research, it was confirmed that the earthworm extract on which New SK Powder is based has disinfecting and anti-inflammatory effects.

Two types of melanin exist: Pheomelanin and eumelanin. The ratio between these two types of melanin determines the color of skin, hair and eyes. When people speak of “melanin” in beauty-care contexts, they are referring to eumelanin. Excessive production of eumelanin can lead to skin trouble such as mottled skin.
Blocking the enzyme tyrosinase enables excessive production of eumelanin to be controlled.

Measuring the Activity of Tyrosinase

When the tyrosinase-blocking effect of the water extract from the powder produced by Rakusui was calculated, it was clear that, at a minimum, tyrosinase was blocked. It was also confirmed that extraction could be performed using harmless water, rather than with hazardous solutions. 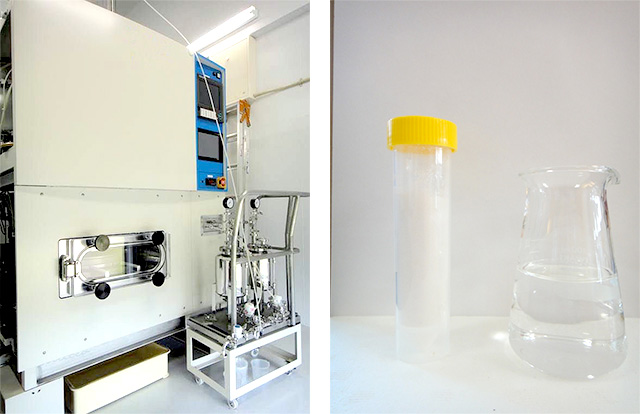 The product powder was developed as a pharmaceutical product but is also used as a cosmetic ingredient.