The Power of Earthworms 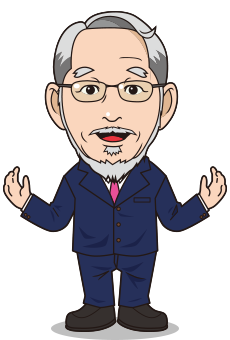 Earthworms have lived on the Earth as they are, unchanged by evolution, for 400 million years.
Today over 40 years of research on earthworms have culminated in the announcement of the successful development of an odorless and deodorizing liquid, produced from the deodorizing effect of earthworm compost using a specially developed extraction technology (patent pending). Earthworms eat the products of composting (fermenting) of organic materials; after digestion, they emit waste products containing as much as 150,000 bacteria in a single grain. This waste product, called compost, is used as fertilizer because of its well-balanced mix of nitrogen, phosphoric acid and potash. To extract the deodorizing effect of the earthworm compost, Rakusui mixes the compost with organic materials and moisture and ferments it. The heat generated from the fermentation process evaporates the moisture, and the resulting organic hydrolyte is recovered through cooling. This recovered earthworm extract is then compounded in appropriate quantities.
In addition to the many beneficial effects of earthworms, this earthworm extract adds a deodorizing effect without the use of chemical agents, providing a deodorizing liquid that is safe and reliable.
Because the extract is produced only with natural ingredients, it is completely harmless to man and beast, and is safe and gentle enough to use in products to treat the skin, eyes and mouth, in foodstuffs, and in many other applications. Even sufferers of allergy, asthma and hay fever can use these products with confidence. Great care has been taken to develop safe products that cause no harm if inserted in the mouth or placed directly on skin.
The difference in reaction to odor between individuals, and between people and animals, can be a serious issue. While many people are sensitive to odor, pets are far more sensitive than humans. Dogs’ sensitivity to smell is nearly 100 million times greater than humans’, so perfumes and the like used to mask the smell of dirt can be extremely stressful to them. And of course, stress can be the cause of illness, for both humans and animals.
Deodorizing liquid from earthworm extract deodorizes without generating an odor of its own. Because it is gentle to pets, they can grow up in a refreshing and invigorating environment without the stress that causes illness.
The greatest difference between deodorizing liquid from earthworm extract and ordinary deodorizing products is that it is an all-round deodorizer, suitable for virtually any application. This remarkable feature is the product of many years of research on the properties of earthworms.

Applications : Deodorizing liquid from earthworm extract uses no alcohol or other chemical agents, so it is safe to use even in high concentrations.

It is safe to spray in direct proximity to the human body, such as on pets, cigarettes, shoe racks, diapers and portable toilets, in cars and refrigerators, to eliminate body odor, indoor-laundry odor and other lingering odors, and directly on the body. Deodorizing liquid from earthworm extract can deodorize virtually anything that has an odor. Moreover, using Rakusui’s dedicated mist (spray) devices, deodorizing liquid from earthworm extract can deodorize spaces such as living rooms; facilities for the elderly, including nursing-care facilities and home nursing-care environments; guest suites, banquet halls and conference rooms at hotels; experimental facilities of fragrance manufacturers, veterinary facilities, breeding facilities of experimental-animal handlers and other facilities where animals are housed; and in rental apartments, event venues and other indoor locations that hold people in close quarters.

Most generally sold deodorizing products function as physical or chemical coatings. Their efficacy varies by application and method of use, and they can be ineffective in certain applications depending on their fundamental deodorizing properties and ingredients. For example, some spaces are not amenable to installation of deodorizers; fragrances are prohibited or frowned upon in certain facilities; and ingredients other than deodorizers in certain products may have undesired effects (such as irritation from alcohol, regulating agents and other additives).

Deodorizing liquid from earthworm extract is gentle to living things and can be used to raise fish. The white-cloud mountain minnow raised at our facilities swim contentedly in ponds treated with this deodorizing liquid. 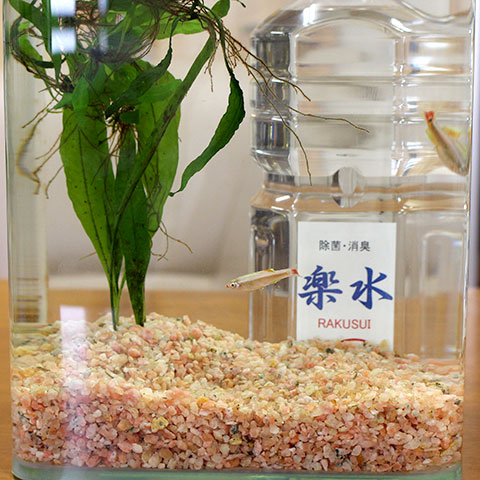